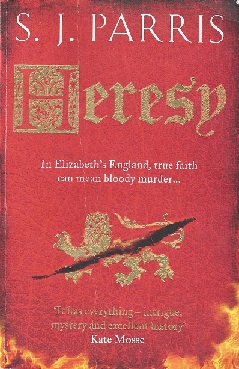 1583, Oxford. Giordano Bruno, a philosopher on the run from the Inquisition, has arrived to debate the Copernicun universe with the head of Lincoln College. But he is there for other reasons to – to seek a heretical manuscript that will further his knowledge of the universe and to investigate a Catholic conspiracy at the behest of his sponsor – Sir Francis Walsingham himself. But before the debate has even started, one member of the college lies dead, savaged by a wild dog. As parallels are drawn to the death of a martyr, Bruno is swept up in conspiracy upon conspiracy. But can he find the truth and escape with his own life?

Like The Merchant of Death, this qualifies for ‘Nother Chance November by the fact that I tried reading it a few times and didn’t get very far. The rather daunting (for me) page count didn’t help, but for whatever reason, I never got very far with it. Indeed, even in the spirit of this month, I still put it down after a couple of chapters, only to return to it two books later. So, after all this kerfuffle, was it worth it?

Always the way, isn’t it? The books that you put off reading for so long turn out to be really high quality.

Following on from another top historical mystery written in the first person, here’s another. It’s the first in a series of three (so far) mysteries featuring Bruno, who, to be honest, I thought was a bit annoying at first, especially as he’s being set up to know every truth that we know now about the cosmos. Understandable, as he’s in danger of being persecuted for heresy, but even so, he seemed a bit overly well-informed.

No matter, I soon warmed to the chap – kind of essential when the hero’s also the narrator – and off we went to Elizabethan Oxford. Oxford, as readers of old might recall, which has a warm spot in my heart, given that I spent the best part of ten years of my life there.

My main concern, with a book this long, is the quality of a mystery. It takes an artist to convincing hide clues in 200 hundred pages, but the more pages you have (450 here), the more distractions you have. So I set myself a little task – about halfway through, I stopped and considered for a moment – did this matter? And I decided that in this case, it didn’t as I was enjoying the narrative.

As it happens, I needn’t of worried anyway. This is a proper whodunnit, with a surprising (ish) murderer. Not convinced there was much in the way of clues to the killer, but it all builds to a natural, and fairly tragic, climax.

Overall, a really good read and, as such, highly recommended. Already looking forward to the next in the series. 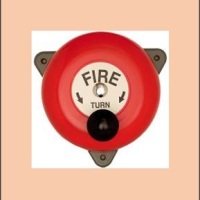 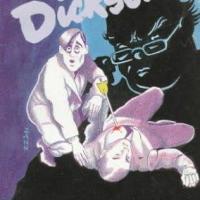