Death Of A Gossip by M C Beaton

Hamish Macbeth, village constable of Lochdubh, smells trouble when he is mooching around the latest members of a fishing school. When Lady Jane Withers goes out of her way to annoy every single member of the party (and the hosts) with her knowledge of their secrets, she’s clearly asking to be murdered. Someone decides to deal with matters and soon she’s floating face down in the water. Thanks to her glowing personality, unfortunately, everyone has a motive.

You may recall about eighteen months ago I reviewed Death Of A Scriptwriter. To say that I was less than positive is probably understating the tone of my review. It is possibly the most negative review that I’ve written – I’ve mellowed a bit since then. Read the review – you’ll see what I mean. So what on earth possessed me to return to the series?

I always like to give a writer a second chance. There’s always the possibility that I may have picked up the weakest book in the series. So when I saw this as a bargain on Kindle (99p for the first four books in the series – so 24.75p in other words), I figured, what the hell?

Positives first. I did like the character of Hamish. Completely unbelievable, but this isn’t attempting realism in any way, so he works well in the context of the book. The other characters are fine as well – although I had to keep reminding myself that Alice was only nineteen and hence her lovestruck behaviour towards the obvious cad wasn’t too over the top.

The book is presented as a whodunnit. A finite cast of suspects, all with motives, an eccentric sleuth, a mysterious torn photograph, and an assemblage of suspects for the finale. So I think it’s fair to judge it on its strengths as a mystery, rather than a thriller. And as a whodunnit, it’s really disappointing.

Any one of the suspects could be guilty, and the mysterious photograph is the only clue. And the nature of the clue… OK, I’m going to try and not spoil it by giving a similar example.

There is a partial image of something which leads to conclusion A. In fact, the visible part of the image in fact leads to the much more obscure conclusion B. So obscure that, while it indicates the identity of the murderer to Macbeth, it does not do so to the reader as the only mention of this information in the book (and you can check very easily with an ebook reader’s search function) is when Macbeth reveals it in the denouement. There is, as far as I could see, no way that the reader can deduce what is important about the photograph.

The impression this gives is that, until the photograph is explained, anyone could have been the murderer, and I found this, as an armchair sleuth, immensely frustrating. Murder mysteries, for me, need to be more than a guessing game, and that’s what this one seemed like to me. No matter how charming your sleuth is – and make no mistake, Hamish Macbeth is the highlight of the book – this isn’t enough for me.

But what do I know? Well, M C Beaton is the third most borrowed author from libraries in the UK, for a start, so these books have a mass appeal that I am overlooking. So, if any fans of hers stop by, can I make a request?

Please leave a comment to explain to me what I am missing. I am genuinely curious as to the popularity of this series and would love to hear from you, and I’m sure that my readers would like to hear from the other side of the argument. 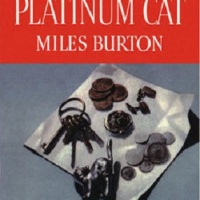 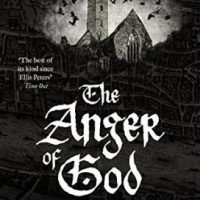