How To Read Cecil Street aka John Rhode aka Miles Burton

My Cecil Street aka John Rhode aka Miles Burton obsession is almost certainly one of annoyance to a number of my readers due to the general unavailability of his work. In the course of his writing, he produced 146 novels in the space of 37 years, an average of nearly four books a year – in 1933, he published seven books in total! – and, like so many of his fellow Golden Age authors, virtually all of his work is impossible to obtain these days. 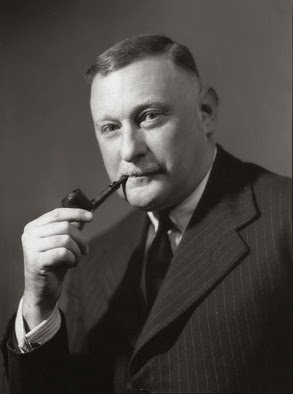 So I was excited to see that there was going to be a talk at the upcoming Bodies From The Library conference on John Rhode (I’m going to call him Rhode for the rest of the article – calling him Street confuses me for some reason), because hopefully that means that some more reprints are on the way. The British Library Crime Classics is a wonderful range for returning lost authors to print and is currently the only non-dodgy way of getting hold of any of Rhode’s novels, but by the nature of their publishing model, I’m going to be dead well before they get round to the last of his books… Basically the best we can hope for is two books every year or so.

Sorry, lost my point there for a moment. Anyway, if you pop over to the Bodies website, you will see the suggested reading list for the Rhode talk. Now I’m sure that the talk will be excellent, in part due to the fact that it’s being given by Tony Medawar, but the reading list… well, put it this way, apart from the British Library titles, there are two books that he made a contribution to (including The Floating Admiral), Curtis Evans’ critique of his work, Masters Of The Humdrum Mystery and five other novels that are, shall we say, not easy to get hold of. As of five minutes ago, there was one copy on Abebooks for less than twenty quid of The Fourth Bomb (there isn’t anymore – sorry), some £50 copies of Death Leaves No Card, a £650 copy of The Paddington Mystery and no trace of Murder Of A Chemist and Death Of Two Brothers at all.

So, to get to the point of this post – where can you, the man in the street who I’ve intrigued by constantly banging on about the author, actually get to read some of his work?

So far, they’ve published The Secret Of High Eldersham aka The Mystery Of High Eldersham and Death In The Tunnel, namely Desmond Merrion’s first and fourteenth outing. Unfortunately neither shows Rhode (well, Burton here) at his best. Secret is a very atypical outing and while loads of fun, doesn’t really conform to Rhode’s general style – the launch of a new series maybe was intended as a change of direction – and Tunnel, while also good, indulges Rhode’s tendency for over the top schemes from the villain. Indeed, I read a few books in a row that adhered to this structure and was convinced that this is what he always did, but further reading has disabused me of this notion. I suppose in part the choice of these was restricted by the lack of many people who have read more than a handful of his books – I’ve been told that the presence of a train was a driving factor in the choice of Death In The Tunnel.

Ramble House is, I think, a print-on-demand business with a load of Golden Age authors on their list. This includes two Burton titles, A Smell of Smoke and Death Leaves No Card, one of the recommended books for Bodies. JJ always speaks highly of them, although less so about A Smell Of Smoke. I haven’t read either of these, but they are obtainable.

Well, this is how I’ve managed to get about forty titles to date. The bulk of them came from when one seller put a lot of Rhode books up at the same time and I was lucky enough to spot them. I didn’t get them all by a long shot, but I did get my hands on a good number of them for a reasonable price. Since then, I’ve been grubbing around, picking up the odd title here and there. You have to be patient but sometimes something pops up. Some books are more common than others – there are a few affordable copies of The Venner Crime knocking around, while good luck finding an affordable copy of Murder At Lilac Cottage. A number of the books were not, as far as I can see, ever reprinted – only two titles, The Murders In Praed Street and The House At Tollard Ridge were Green Pan paperbacks for example – which makes life a bit more difficult. Also be careful about the number of titles that change for US editions – don’t buy the same book twice!

Oh, Drop To His Death, the joint work with John Dickson Carr is usually findable, but as far as I’m aware, Rhode’s influence is in the technical plotting, not the writing.

Now we’re into dodgy territory. The Street estate seem to be reluctant to give the rights for mass publication for Rhode’s body of work, but somebody from a country with less strict copyright laws has uploaded copies of a number of titles – 13 Burton and 19 Rhode. Now it’s up to the individual conscience of the reader whether they take advantage of this or not, but there are some good titles here, such as Death On The Board.

Well, if the Archive wasn’t dodgy enough, someone has downloaded a bunch of the Rhode books – about ten or so – glued a cover on them and is currently flogging them on Amazon. I believe that the estate has been informed of this, but again, it’s up to the individual if you choose to reward someone for minimal effort and arguable theft – at least the Archive isn’t profiting from their titles. Note it’s entirely possible that these are genuine and approved but it seems to be a coincidence that ten randomly chosen titles all come from the 19 Rhode books that are in the Archive, as it’s a chance of 1 in 7.8 million, maths fans!

Of course the problem here is that’s still less than forty titles that can be easily obtained by fair means or by foul. I do wish that the estate would authorise a release en masse via one of the Golden Age re-issuers as I feel that while Rhode isn’t in the same bracket as Christie or Carr, he’s certainly high up in the second division. Some of his finest work – Peril At Cranbury Hall for example – is out of reach of all but the most affluent and speculative (or lucky in my case) book collectors and I wish that more people could sample it. So please, Golden Age reissuers, go and ask the estate for permission. And to the Street estate, please grant it. Cecil Street/John Rhode/Miles Burton’s work deserves to be at the forefront of the Golden Age revival.

In the meantime, good luck hunting! 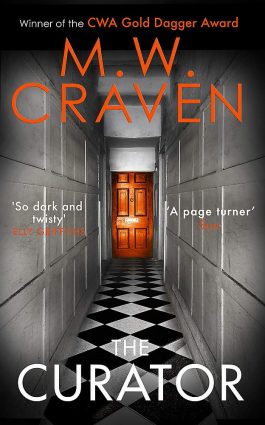 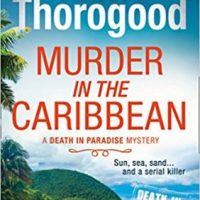