Masters Of The Humdrum Mystery by Curtis Evans

There’s a good argument that Symons’ opinion influenced others to write off these authors, but given that Symons was reviewing most of these writers in their declining years, was it a fair one? Here, Curtis Evans takes issue with Symons’ claims, by studying three of the above names – John Street, Freeman Wills Crofts and Alfred Water Stewart – and looking at their works and their lives and presents a counter argument. But does that argument make sense?

I decided to take a look at this book after a bit of to-ing and fro-ing. I’m rather fascinated by the history of the Golden Age, especially why some authors became so neglected and why at least one author (naming no names, but she’s from New Zealand) seems to be so lauded, but with my shall-we-say mild obsession with the work of John Street, I thought it was about time to learn more. In fact, I think this provided a nice contrast – I’ve read a (relatively) decent amount of Rhode titles, a few Connington books and one (bloody awful) Crofts title.

Following a section on the overall history of the Humdrum label, the first author to be tackled is Street, his section opening with his early life and pre-Rhode publishing. It then tackles the Rhode and the Burton titles separately, discussing primarily the highlights (and there are many) of his catalogue in order of publication. There are a number of clearly marked SPOILER sections which I skipped through if I hadn’t read the book, but these are easily avoided, but Evans takes the time to expound on the merits of each chosen book outside of these sections. He then takes more of an overview, looking across the canon as a whole, and spending a little time on Street’s work on the Constance Kent mystery. It’s a fascinating study of someone who has rapidly become one of my favourite Golden Age writers and, for me, this section alone was well worth the price of the book. Although I strongly disagree with Evans’ inclusion of Pinehurst (and exclusion of Death In The Hop Fields) in his list of Rhode’s better works

The next section is on Crofts, author of The Pit-Prop Syndicate, which to be fair, Evans doesn’t think much of again. The structure is the same, early life, best books, overview, and here Evans takes time to examine how Crofts’ religious beliefs affected his later books, notably Antidote To Venom – coming soon to a blog near you. Points off for the spoiler in this chapter (clearly marked) that spoils a Street title – I read the spoiler assuming it was about an obscure Crofts title. Grrr… I’ll be honest, I’m still a little reluctant to try Crofts after reading this section – inverted mysteries don’t appeal, nor do overly complex timetable stories. But regardless, Antidote To Venom and Mystery In The Channel will be appearing here soon…

The final section (apart from extensive notes and references) is on Stewart. I’ve read a few J J Connington mysteries and enjoyed them all so this chapter clicked for me more than the Crofts one. It concludes with some fascinating insight into Stewart’s opinions on all sorts of things, including his own books, by discussing extensively his correspondence with writer Rupert Thomas Gould. I found this part of the book extremely intriguing, giving a real sense of the writer himself.

Anyway, overall, this is an extremely impressive piece of work and while it hasn’t quite convinced me to start shouting Crofts’ name from the rafters, it’s so good to read something championing authors that need championing. With a lot of Crofts and all of the Connington books now available, as ebooks at least, and with Rhode about to get some reprints, why not take a look at this to get you inspired? Highly Recommended. 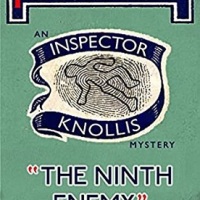 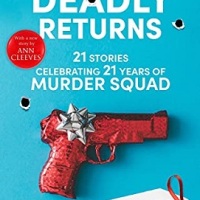