It was a beautiful day when Mr Leonarde Reade’s party set sail for a week long cruise from the Louisiana marshes, although there were one or two omens that things weren’t going to go as planned. Thirteen guests is never a good idea, be it at a table or on a boat, but the death threat from the notorious Stingaree gang probably was a bad sign too.

When Governor Lacroix, one of the guests, is stabbed while alone in a fishing boat, with the barb from a stingaree (i.e. a stingray) buried in the wound, it becomes clear that the threat was real. But with a killer stalking the boat, a killer determined to strike again – and again – is anybody safe from the dreaded Stingaree?

I’ve got a guilty secret about this book. Me and some fellow bloggers do a Secret Santa and I saw a cheapish copy of this one and thought it was the ideal gift. Then I discovered how obscure it was and realised how much I wanted to read it, so I kept it and bought my giftee something else. Naughty me. At least I didn’t read it and then give it to them…

And before we go on, let’s address the reason that this book is never getting reprinted. Of the thirteen people on the boat, one of them is Chinese, although that’s not the term usually applied to them. And I’m velly solly, but I don’t think I’ve ever read a worse attempt to write a Chinese accent than this one. And that’s not the worst of it, as one of the other characters is black. Obviously the n-word abounds, and so does the word “darky”, used matter-of-factly. It’s really quite unpleasant at times, moreso the way that the characters are talked about – “It’s just like a Ch*nk to…” etc. I know the book is from 1932 but even so, it’s disappointing. And let’s not going into the black character’s dialogue…

I’d look around and see if there’s a reason for it, but W Shepard Pleasants seems to only exist as the writer of this book, nowhere else, at least on the internet. I’ve read only one other review of this book, over at Beneath The Stains Of Time, but TomCat doesn’t seem to know any more than me.

There are a total of three impossible crimes here, and I’d be curious to hear what people think of them. The first, the killing of Lacroix is… not very impossible, really, apart from nobody spotting the killer doing it. There is a lovely bit of cluing to the killer, but you have to wonder why SPOILER waits so long before sorting things out. The second is a nice set up, with the guests deciding to prevent the murder weapon from being deployed again by hammering it into the deck, sword-in-the-stone style, but despite its immovability, it is indeed deployed as a weapon. Again, clever and clued but nobody noticed? How big is this boat again? And the final death, as a victim is dragged overboard by an unseen force is… original, I suppose. You could also say mind-blowingly stupid and unlikely to work, but it is at least something different.

It’s an odd book. If you can get over the casual racism – worse than anything else I’ve read from the era – the narrator keeps the story moving, despite being rather excitable. And you have to get past the fact that the boat doesn’t seem to be so big that the killer could get away with half of what they do.

It’s not likely to get reprinted, but there seem to be a few affordable copies in the US, but while this is interesting, I’d not waste a vast amount of money on a copy. Definitely Well Worth A Look, but as a curiosity, not as a classic. 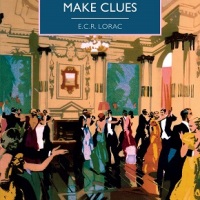 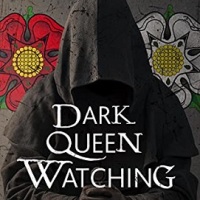