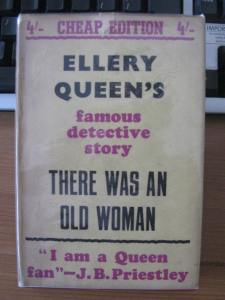 Ellery Queen in fact was the pseudonym of Fred Dannay and Manfred Lee, who also created Ellery Queen’s Mystery Magazine, a monthly publication of crime short stories that has been running now since 1941. Together, they produced over thirty Ellery Queen novels – beware though, as there are a number of additional ghost-written later novels that are not really the genuine article.

There Was An Old Woman dates from 1943 and is the eighteenth Queen novel. I was delighted to discover that the copy I procured recently on Ebay for a couple of quid was a fourth edition from 1949, although, as the cover delightfully points out, it is the CHEAP EDITION. Still, it is endorsed by no less that J.B. Priestley.

Anyway, on to the review. Cornelia Potts is the head of a family of six children, three from her first marriage (all of which are somewhat mentally challenged in typical Queen style – one is obsessed with fairy tales, one with science and one just runs around suing people and challenging them to duels) and three from her second marriage (all apparently sane). The first husband is missing , presumed dead, and there are a couple of hangers-on to the household.

Thurlow (the duel obsessed son) challenges Robert, one of the sane ones, to a duel with pistols. Luckily Ellery is on hand as the fiancé of the youngest child of the family smells a rat, and so they carefully replace both bullets in the guns with blanks without anyone knowing. Hey Presto, what do you know but the duel takes place and Robert lies dead – someone went back and put a real bullet in Thurlow’s gun.

This novel is a classic, or at least, it should be. I imagine some would find the writing style a bit of a chore – Dannay and Lee do like their metaphors and every character makes a point of using twice as many words as necessary. There are even a couple of scenes that are in play script, for goodness sake. However the book is so much fun, this didn’t bother me in the slightest. It gave me the impression that the writers were enjoying themselves when writing it, and that transferred itself magically to the page.

As ever with Dannay and Lee, this is a completely fair-play mystery that will still (probably) completely fool you. There were a couple of points where I thought there was a lapse in logic only for it to be revealed that these were important plot points that only made sense with the final revelations. The explanations make perfect sense, there are more than enough clues to help you spot the murderer and there are more than enough red herrings to distract you. 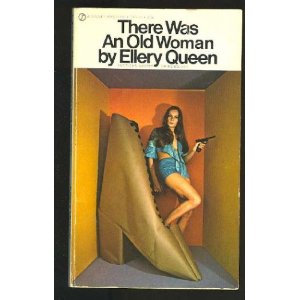 Good luck finding a copy – Abebooks has a few second hand ones, as does Amazon. Don’t get too excited by the cover of the 1992 reprint though! I suppose the final recommendation has to be that it took me five days to read 160 pages of large-print Water-blue Eyes. It took me a morning to polish off 180 pages of small print Ellery Queen. Couldn’t put it down. Oh, and it just bumped The French Powder Mystery from My Favourite Mysteries list. 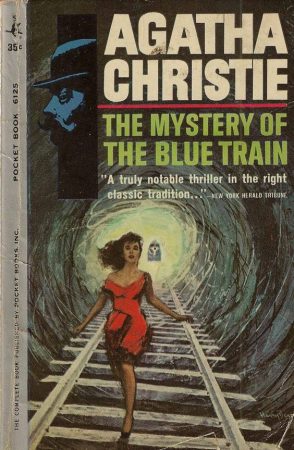 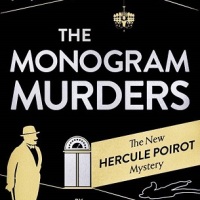 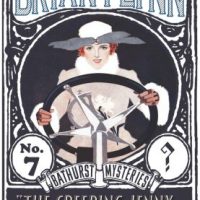