A school teacher is found at a crossroads, crucified and decapitated, in West Virginia. Six months later, a millionaire on Long Island suffers the same fate. There appears to be no connection between them apart from a madman seen at both locations claiming to be a reincarnated god from Ancient Egypt. When a link begins to appear in the form of a vengeful Central European man with limp, it looks like an open and shut case. Except no-one knows what he looks like – could he have already infiltrated the people surrounding the victims? And why is he painting the letter T in blood everywhere?

This is the fifth Ellery Queen book – so far we’ve had four others ranging from good to excellent, generally improving as we go, so how good is this one going to be?

Not very, to be honest. The problem here is, the author has thought up a clever, but extremely guessable, plot but cannot find room to introduce any real alternative suspects. The murdered millionaire’s family, including suspicious neighbours – and by the way, no English person would call the American police “bobbies” – and a neighbouring island housing a cult/nudist colony where the Egyptian nutjob is hiding are brought in as alternative suspects, but, with the exception of the actual murderer, never seem to be part of the same narrative. Even Ellery doesn’t seem particularly interested in them. There’s a significant chapter where we need to overhear some potentially incriminating conversations and we switch away from following Ellery to one of suspects – it jars, to be honest, and it almost feels shoe-horned in to keep up our interest in characters who not only have nothing to do with the main plot, but don’t have an interesting plot themselves. It’s interesting that for the first time, not even Ellery can be bothered with proving why some of them aren’t the murderer – if even he wouldn’t bother to suspect them, why should we? Late on as well, there’s an attempt to make the guessers re-consider, but there’s really no other solution that isn’t “there’s a madman we haven’t met yet” and we know it’s not going to be that!

There are a few nice exercises in deduction as to what the murderer is up to, and what happened in the various crime scenes, but there’s also, until the last chapter, an amazing lack of urgency or even concern that there appears to be a decapitating maniac out there. It’s disappointing that pretty much the only clue pointing at the murderer appears in one of the final chapters. The motive is similarly disappointing – especially as the vaguely logical (although still massively flawed) one is dismissed and we are presented with stuff that is introduced out of nowhere.

In terms of the development of the novels, the introducer J.J.Mc. seems to be taking a sabbatical – there is a reason for this as he usually needs to explain that he’s manfully persuaded Ellery to let him tell the tale whereas Ellery, late on, provides his own reason for writing this one up, making such and introduction redundant. Ellery himself is again less irritating than earlier – this is a necessary and welcome development here as, without his father to provide the sympathetic character, we have to warm to Ellery and he’s presented as a decent sort of chap here. There are a few too many “I’ll explain later” moments for my liking, but I am starting to like the chap.

I think this would have worked better as a novella, but I suppose cutting out the extraneous characters would signpost the denouement even more. So far, the weakest of the five. It’s not bad, per se, but this sort of plot is hard to pull off and I’ll classify this as an interesting failure.

WHY THIS BOOK WON’T BE REPRINTED:

WHERE CAN I GET THIS BOOK IN THE UK?

If you still want to read it after that, then good luck finding an affordable copy. There aren’t many cheap copies of it on Amazon (second hand, of course – it’s been out of print for ages) or Abebooks. Ebay hasn’t got much at the moment either… 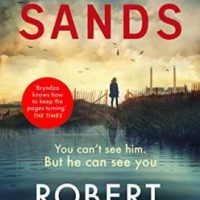