Death of a Scriptwriter by M C Beaton

M.C. Beaton aka Marion Chesney has written quite a few detective novels – to be precise, 100 over the last thirty years or so. She has created a number of series that fill shelves in both libraries and bookshops across the country – notably 22 books in the Agatha Raisin series (as dramatised on Radio 4 with Penelope Keith) and 27 books featuring Hamish Macbeth (as dramatised by the BBC with Robert Carlyle in the lead role).

Death of a Scriptwriter concerns a novelist with writer’s block who, after several years of steady but low sales of her books, leaps at the chance of a dramatisation of her last book. Unfortunately the scriptwriter and producers are keen to considerably “sex up” the book, to her absolute horror. So when the scriptwriter is found murdered, she turns to her only friend in the area, PC Hamish Macbeth, to help her out. But the Scottish Highlands turn out to be even more dangerous when a second murder threatens to derail the production completely…

I bought this book for a few reasons –

Where to start? The plot is basic but fairly nonsensical – the second murder, where someone is pulled over a cliff due to a fortunate ledge directly under the edge for the murderer to stand on, is particularly stupid, but one has to also cite the dismissal of the first murder (of a man) as being caused by someone who was shouting “I’ll kill her” beforehand, just because he has conveniently collapsed from alcohol poisoning after finding the body and some weird stuff concerning a hire car towards the end of the book. The writing style is straightforward in the extreme – although using the word “style” does feel wrong when talking about this book. The characters are two-dimensional caricatures who you would be pushed to sympathise with and the choice of murderer feels very lazy – there’s a feeling that the writer thinks that they’ve done something clever here, but they really haven’t.

I’m going to stop there, but a request to my readers. Does anyone out there read Beaton’s books and enjoy them? Clearly lots of people do – but then lots of people read Dan Brown as well… Was this just a bad example in the series? Is this series aimed at people other than me? If so, who?

Anyway, at least it means that it’s one series that I don’t have to waste my time with – unless someone wants to try and convince me otherwise… And if you’re a reader of my blog who thinks these are the best thing since sliced bread, please give some of the other authors I’ve reviewed a try – I can almost guarantee you won’t look back.

WHERE CAN I BUY THIS?

Well, if you absolutely must, most of the series seem to be in a 3 for £5 offer at The Works – along with a lot of other authors, such as Edward Marston and Simon Brett. 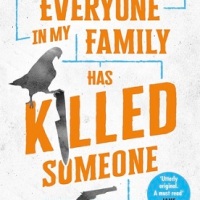 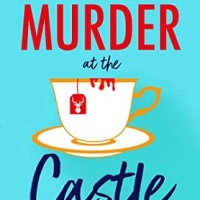