The Nightingale Gallery by Paul Harding aka Paul Doherty

Edward III has died, leaving the throne in the hands of his ten-year old son Richard, as watched over by Edward’s brother, John of Gaunt. But Gaunt has secrets, a fact that Sir Thomas Springall knows only too well. Before he can use these secrets to his advantage, he is found dead, apparently poisoned by his servant Brampton who then hangs himself. An open and shut case.

Enter Brother Athelstan, a friar with his own dark past, scribe to Sir John Cranston, Coroner of London. Both Athelstan and Cranston smell a rat – but the only person who could have delivered the poison was Brampton. Springall’s room lies in the Nightingale Gallery, so named as the floorboards have peculiar acoustics – they sing when anyone walks on them – and the boards did not sing that day. If Brampton didn’t poison him, how on earth could anyone else have done?

This is the first of the so-called Sorrowful Mysteries of Brother Athelstan. Athelstan has been sent to Southwark as penance for past sins, which are revealed as the book progresses, to serve as the priest of St Erconwald’s and also as scribe to Cranston, an apparent drunken idiot. As the bond between the pair grows stronger and secrets are revealed about both of them, the investigation also progresses, although not before a number of other characters fall victim to the shadowy killer.

This is one of the best mysteries that I’ve read for a while. It’s fairly clued (and not obscure clues as is more and more common these days) and the impossible murder is very well done – there’s enough there to work it out, but I bet you won’t. What impressed me more is that we have the traditional small cast of potential murderers, all of which are well-drawn distinct characters, and only one of them makes sense by the end of the book. There’s no sense here of picking one of the characters at random for the murderer.

The background detail, as is usual for Doherty, is stunning, and medieval London, be it the halls of the Regent or the nastiest back street, is mesmerising – and it makes you feel glad that you’re only reading about it rather than being there. The characters leap off the page, and as an introduction to Athelstan, and, as the book progresses, his congregation, it sets the scene well for the later books. In Satan in St Mary’s, the first Hugh Corbett book, the plot suffered a bit for the need to set up character. This is certainly not the case here.

WHERE TO GET IT:

I was lucky enough to find a copy for a fiver on eBay. If  there isn’t an affordable one where you look, then keep looking. If you like historical mysteries, you’ll love this one. (Don’t forget to search for both names – there are versions available from both Harding and Doherty).

UPDATE: As of November 2011, The Nightingale Gallery is available as an ebook from Amazon. Click here for the UK and here for the US. 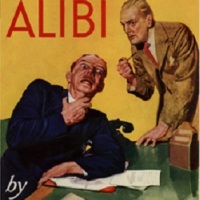