The Mystery Tour of the USA

I was reading my most recent book, A Cold Day For Murder by Dana Stabenow, which was set in Alaska when I had this thought. I’ve got near the top of my to-read pile two more books that make a point of saying where they are set in the blurb – Massachusetts and Washington respectively –  and the thought occurred to me – why not do a Mystery Tour of the USA?

One of the best holidays that I and Mrs Puzzledoctor have ever taken was a drive from Illinois to Montana, with a prolonged stopover in South Dakota and, over the years, we’ve notched up a grand total of nineteen States – all commemorated with a fridge magnet – and the aim, in real life, is to collect all fifty. So here is an attempt at a virtual equivalent.

I’m not setting myself a time limit, as I have actually no idea how long this will take me, and I have no intention of just aiming for books that will satisfy the list. I’m going to set the rule that the majority of the action needs to take place in the given state – so I can’t count The Egyptian Cross Mystery for West Virginia, for example. I am going to give myself a head start and count books that I’ve already reviewed – oh, if someone could let me know, does The Siamese Twin Mystery make clear where it is set? Similarly, is The Spanish Cape Mystery set in New York or somewhere nearby?

If you want to keep track of my progress, then I’ve a dedicated page under my Challenges tab. I’ll post an update to the Challenges every couple of months, and I’m positive there will be calls for help for recommendations as we progress.

So far, I’ve covered the following:

And coming soonish are the following:

Any suggestions are gratefully received, especially those where the location is fairly crucial to the plot. Also, if you think I’ve missed one from one of my back catalogue, do point that out to me too! 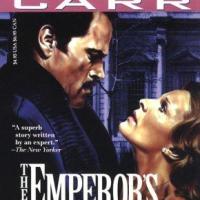