It’s been an odd couple of months on the blog. The focus on Golden Age mysteries, due to the excellent Bodies From The Library event at the British Library, meant that I was reviewing some books that I wasn’t expecting to and that, coupled with some review requests, meant that it was rare to actually read a book that felt like a completely free choice. Kind of an odd feeling, but it meant that I came across some very interesting reads that I wouldn’t have otherwise.

Ten books in total – as I said, some new, some old. But which will walk away with the Puzzly this month?

The books in question were:

Tricky choice this month. First of all, there are no stinkers here at all. The weakest of the novels was probably Speedy Death, although that might be because I knew a big fat spoiler 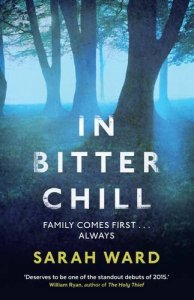 about it in advance. Of the Golden Agers, the one that I enjoyed the most was definitely Death Walks In Eastrepps, an utterly engrossing mystery where I genuinely felt clever when I figured part of it out. From The Charred Remains was another strong entry into one of my favourite historical mystery series. But the Puzzly for this month – and not just because we are both members of the crime blogging community – goes to Sarah Ward for In Bitter Chill, a stunning debut with a clever plot, realistic characters and a haunting atmosphere that lingers just long enough in the darkness but never forgets the light either.

So, that’s the wallpaper sorted out. Stick around next month for some Irish historical fun (although not Sister Fidelma), some more from Cherringham, a literary trip to one of my favourite places in the world and the return of the redoubtable Chef Maurice! Happy June! 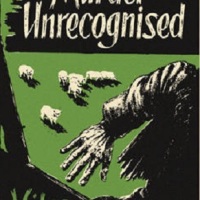