The Puzzly – The ISOTCMN Book Of The Month – February 2016

February 2016. Did you know that the official flowers of February are the violet and the common primrose? Or that the February birthstone is the amethyst, symbolising piety, humility, spiritual wisdom and sincerity? That the first day of February was Air Force Day in Nicaragua and that today, February 29th, is Bachelor’s Day in Ireland (just the one bachelor there, then) and National Frog Legs Day in the USA – which is some sort of weak “leap” joke, I guess. Anyway, before Leap Day William arrives (and respect to anyone who gets that reference), it’s time for the most important thing about February 2016 – it’s Puzzly time!

This month was a busy one, with eleven books in total – thought it was going to be more but a busy couple of weeks and a long page count in A Friar’s Bloodfeud has slowed me down a lot. But which of those books is the book of the month?

The books in question were: 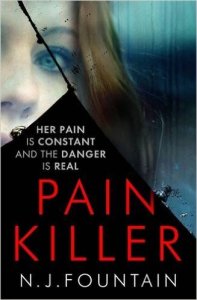 Not too many contenders for book of the month, to be honest. Mostly solid fair with only a few creeping into the outstanding category. It’s probably down to three – Find Her (and I still don’t know who sent me the review copy) was a gripping thriller, but Painkiller trumps it. It’s really between Painkiller and Cat Among The Herrings… both absolutely top notch and both totally different, so comparing them is impossible. So solely on the grounds that Len Tyler got the Puzzly a couple of months ago for Crooked Herring, I’m going to let Nev, sorry, N J Fountain take this one. Painkiller is a thriller that truly gets under your skin and parts of it are still with me, weeks later. I’m slightly bemused at the lack of attention it seems to have received, although I might be missing some reviews – it’s not the most distinct title from a search engine’s point of view. Maybe it would be doing better if Nev called it The Girl On The Pain… Anyway, go and read it yourself – you won’t regret it.

Next month, a few historicals to start off and then something very different. Unless it’s rubbish in which case I’ll never mention it again…