January 1554 and London is in turmoil. Mary I has been on the throne for six months but there are others who wish for a different monarch, one of a less Catholic persuasion, one who isn’t planning on marrying Philip of Spain. Thomas Wyatt is one of those people, and has taken upon himself to raise an army and march on London… but Jack Blackjack, a member of a gang of thieves has other things on his mind.

Normally, those things, apart from the possibility of bedding the gang leader’s mistress, would revolve around who the next purse would be lifted from. But he’s more concerned by his most recent victim – because Jack has just woken up, after being bashed over the head, next to that victim. And his victim is considerably more dead than when Jack saw him last – and there’s blood on Jack’s knife…

And so we conclude a sort-of Michael Jecks month on the blog, which kicked off with the outstanding The Death Ship Of Dartmouth and continued with Michael’s spy thriller, Act Of Vengeance. Now we get to the first in Michael’s new series, a Tudor mystery featuring Jack Blackjack. It’s an interesting choice, setting the series in Mary’s reign, rather than Henry VIII or Elizabeth I – it’s sort of like the best of both worlds. The Tudors seem the most popular era for historical fiction, so the average reader will hopefully be drawn to it whereas for me, who is much more interested in those little corners of history, the five year reign of Mary Tudor is an excellent choice.

The notion of a man stumbling into events much more important than him is an old one, but it’s played exceptionally well here. It’s not long before the secrets carried by Jack’s apparent victim propel Jack headfirst into the uprising, bouncing backwards and forwards between both sides – although who works for which side is deliberately not clear. It’s in the first person, I think the first time Michael has done that, and it’s incredibly readable, with some turns of phrase that never lets you doubt it’s set in the past but still seems fresh and alive.

And, as well as having the feel of an adventure, there’s also a proper mystery here as well. There’s a number of twists throughout the book, and I was caught out by the killer’s identity – definitely didn’t see that coming. And even more intriguing is the set-up for the next book in the series, so I heartily recommend that you read this before the blurbs for Book Two come out, so as not to spoil anything. I rather think I’m going to enjoy this series a lot. So, obviously, it’s Highly Recommended.

Rebellion’s Message is out on 30th April from Severn House. Here’s Michael himself talking about it: 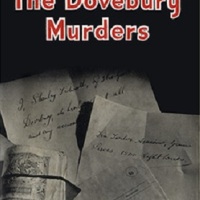