Dancing For The Hangman by Martin Edwards

“Trusting to God, I will submit to justice. I murdered no-one; I shall never dance for the hangman.” 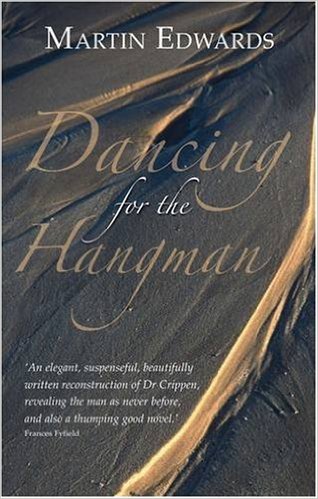 On 31st July 1910, Chief Inspector Dew arrested Doctor Hawley Harvey Crippen and Ethel Le Neve on board the ship The Montrose, shortly before it docked in the USA, for the murder of Cora Crippen, Dr Crippen’s wife. Cora had supposedly left Crippen for a career on the stage in the USA, but once human remains were found in Crippen’s cellar, the police moved to arrest him. As is fairly well know, while Ethel was acquitted, Dr Crippen was found guilty and executed for the murder of Cora.

There have always been doubts raised about the guilt of Crippen, based in part on the fact that the human remains were never identified, as several vital components (e.g. a head) were missing. Here, Martin Edwards presents his view of the events of Crippen’s life, from the point of view of Crippen himself…

While the majority of Martin Edwards’s novels have been in the Harry Devlin series or, more recently, the Lake District series, he made a fairly major diversion in 2008 into real life crime with this book, which I’ve heard him describe more than once as one of his favourite books to write. I can see why, as it’s a stunning piece of work.

Real life crime is something that I shy away from, but here, the author and the reputation of the book, made it hard to ignore. It’s an utterly engrossing read, as Crippen’s communiques to his lawyer are interspersed with his confession – which is rather more his life story. And tied up in these is Martin’s version of the “truth” of events.

It’s beautifully paced, moving quickly onto Crippen’s up-and-down marriage with Cora, but even before things start to deteriorate, the sense of inevitability pulls the reader on into the crucial later events. Martin has clearly researched the background carefully, and while his conclusions are by no means controversial, it deals with the main questions such as the body’s identity sensibly. It made a pleasing contrast to John Rhode’s The Telephone Call (which I read immediately before this one) where Rhode started with a real-life crime and then basically made the rest up.

Having said that, there is a genuine surprise in the tale, probably not where you would expect, that gives away Martin’s mystery writing tradition, but the strength of the tale is the character of Crippen himself, coming across as a victim of the circumstances of his life rather than the ruthless killer of his reputation.

As I said, I’m not someone for who true crime stories have much appeal, but I’m exceptionally glad I read this one. Highly Recommended. 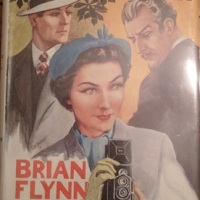 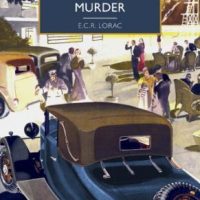