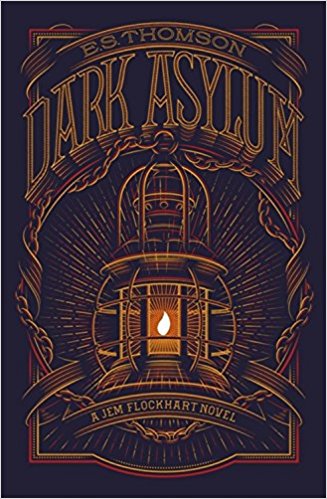 1851, the Angel Meadow Asylum. Dr Rutherford, the chief physician to the inmates, lies dead, stabbed in the head with his phrenology equipment. His face, though, is the most shocking part – his ears have been cut off and his eyes and mouth have been stitched closed with surgical thread. One of the inmates must have killed their doctor in the night – after all, such an act cannot be that of a sane person. But, of course, not every insane person is an inmate of the asylum….

Jem Flockhart and her companion Will find themselves involved in the search for the killer, but when a second death occurs, it seems that there is far more to the situation than the random acts of a madman (or madwoman). Secrets that lead through the darkest corners of London and (far) beyond are about to come to the surface – but how many will die before the truth is revealed?

I’m not a massive fan of Victorian-set detective fiction. Too often it ends up being either rather dry or another tale revolving around Jack The Ripper. But I really enjoyed Beloved Poison, the first Jem Lockhart tale, so I was delighted to have the opportunity to have a look at the recently released second book in the series. And I was rather glad I did.

It would be very easy for this tale to descend into bleakness and nastiness. Victorian asylums were, I doubt I need to say, not pleasant places. The inmates were not treated well, the doctors’ attempts to cure their patients bordering on the barbaric and so a tale of murder set in such a place must be difficult to write without dwelling on the details or whitewashing over them. A fine line to tread but E S Thomson does it superbly here.

The events herein are not pleasant (obviously) and Thomson makes no attempt to hide this, but never dwells on the details in a prurient way. The reader is shocked, even horrified, but never stop reading to find out more. And what the reader will find is a multi-layered mystery with revelation after revelation as the plot unfolds. In fact, the structure of the plot is a fairly traditional mystery with a sting in the tale, once you strip away the setting. But the setting adds so much to the tale, why would you want to?

The central character of Jem is a fascinating one. A woman, scarred with a facial birthmark, who has chosen to make her way in the world as a man, a secret that few are party too, determined to find the truth behind the crimes, but living in constant fear of the madness that claimed her father – the scale of that fear becoming very apparent in the final section of the book.

Needless to say, I was very impressed by this book. The first book in the series was strong but this is even better. Many thanks to Constable for the review copy. It was released in the UK on March 2nd, and is, fairly obviously, Highly Recommended. 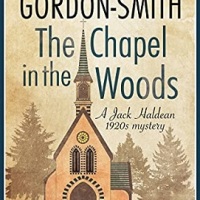