The dead body found in a room locked from the inside is the staple of the impossible crime genre – hence the reason that it’s often referred to as the locked room mystery genre. But there is so much more to the impossible crime. From the body surrounded by snow or sand with no footprints leading away from the body, the disappearing corpse, the vanishing train – OK, that only happened in one story – there are all sorts of variations in the genre.

The British Library along with Martin Edwards, have gathered together sixteen obscure and not-so-obscure short stories from the genre for another collection of short stories. So how does this collection compare to the others?

Well, to be honest, it’s an odd bunch of stories. It opens well with Conan Doyle’s The Lost Special, a non-Holmes story with a simple explanation of the vanishing train and there are some other equally entertaining tales here. But mostly, they’re entertaining as mysteries – some of the impossible crime elements are either a little bizarre (and unsolvable) for my tastes, while some others are methods that won’t surprise some readers – although to be fair, those elements occur in some of the best old tales.

The biggest problem with the collection is the necessity of ignoring some authors due their lack of Britishness. Most of these tales represent rare forays into the impossible crime genre from these authors – indeed, some of them are rare forays into mystery itself – so the old hands of the genre, namely John Dickson Carr, Clayton Rawson and Ellery Queen, don’t get a look in. Which is understandable, due to this being from the British Library, but a real shame that nothing in the collection comes close to the finest locked room mysteries, such as The House In Goblin Wood and Off The Face Of The Earth.

As I said, this is a fine collection of mysteries with impossible elements, but lacking a truly great impossible crime. Well Worth A Look. 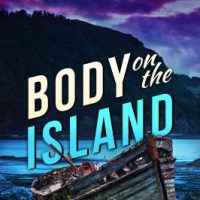 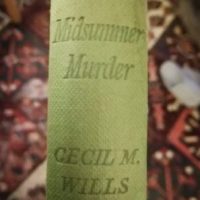