The Wife Who Disappeared by Brian Flynn 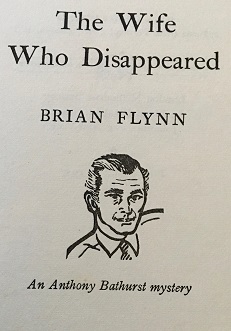 Julian and Marion Priest are off on their annual holiday – a fortnight in the subtlely named coastal town of Beach. But things are not going to go smoothly. On the first day at the Goodwins Hotel, Marion announces to her husband in the bar that she is going to post a letter to her mother. Her mother never receives that letter, because Marion promptly vanishes off the face of the earth.

When Marion’s murdered body is found, days later, the police are baffled. A suitably-vaguely-worded blackmail note is found in her possessions, but what was she being blackmailed about and what had she done to make the blackmailer kill her? The police recruit Anthony Bathurst to investigate but even he is at a loss. No real motive, no real suspects… with only a few morsels of odd behaviour to go on, can even the great Anthony Lotherington Bathurst track down a cunning murderer?

Well, yes, obviously he can. And does.

Having a bit of trouble focussing at the moment, not least due to our house being turned upside down while having a new boiler fitted. Luckily they’ve almost finished, and doing a cracking job as well. I’m rather excited about having working radiators for the first time in weeks. 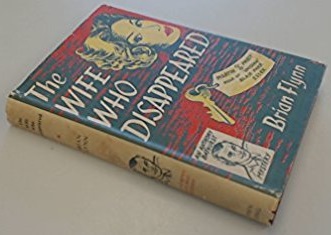 Rather more excited that I was about this one, to be honest. It’s perfectly fine – a solid Golden Age murder mystery, albeit from 1957, the antepenultimate entry into his canon – just nothing spectacular. Bathurst is fun, an overly verbose (at times) sleuth who spars well with the not-really-incompetent Inspector MacMorran, but it takes a great writer to make a sleuth scrabbling around in the dark for over half the book to be enjoyable, and while I do enjoy his work a lot, Flynn struggles to keep the reader engrossed. It took me about a day to read Black Agent, my most recent Flynn read, but this one I had some trouble coming back to time and again.

And at the end of the day, the solution doesn’t really help either. It’s nothing special, and I can’t get the feeling out of my head that I’ve read basically the same plot before elsewhere and it was done better that time. Can’t quite put my finger on where though, but even if I could, I wouldn’t say – spoilers, and all that.

Nevertheless, there are entertaining flashes, mostly from the many Bathurst/MacMorran conferences, but not enough to save this from being one of the more straightforward of the Brian Flynn novels that I’ve read. A Bit Of A Disappointment.