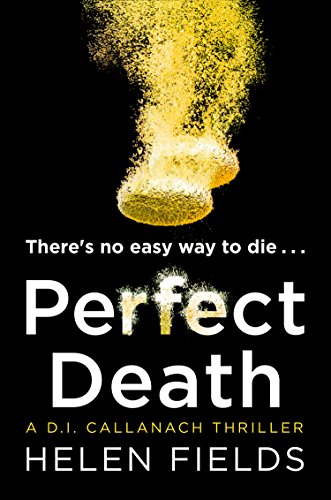 DS Luc Callanach and DCI Ava Turner become suspicious when a young woman is found dead on Arthur’s Seat, but when the killer keeps changing their choice of poison, there seems to be nothing to point to their identity. But another suicide is distracting them as well – Ava’s old boss killed himself in his car, carbon monoxide poisoning, something completely out of character for the man. Was he murdered, and if so, why? And can both killers be brought to justice?

I picked this one up from NetGalley to review based on the blurb and to an extent, I’m at a bit of a loss as to what to say about it. First off, let’s make it clear that I did enjoy the book a lot – it’s a fast-paced thriller with an engaging set of lead characters, not just Luc and Ava but also the remaining members of the investigation team. There’s an ease to their characterisation that makes them very easy to read about. Admittedly, there’s some back story referred to by both the leads that I presume must be from earlier books, but I don’t think I lost too much by not reading them. Each character has their own personal drama to overcome in this one, although one of their stories seems to disappear for most of the narrative until the final chapter. What I found oddest was that this was supposed to be Book 3 of the Luc Callanach series, but Ava Turner seemed to get as much if not more of the important stuff to do.

I think my problem with the book that while the tale kept moving forward, I never really found myself being surprised. While this was a well-paced thriller, with a well-constructed and motivated serial killer, at no point did I feel that there was any mystery to what was going on. Certainly the identity of the poisoner, while sort-of kept quiet for the early section of the book, wasn’t a surprise when it became clear which character was the villain. The other story, a tale of organised crime and corruption, is engrossing, but again, there didn’t seem to be anything particularly startling there.

So, an effective thriller, and I’m sure that fans of the series and the characters will probably get more out of it than I did. But I like a bit of mystery in my thrillers so this didn’t quite click for me. Worth a look, if you’re a fan of the genre.

Perfect Death is out now from Avon.