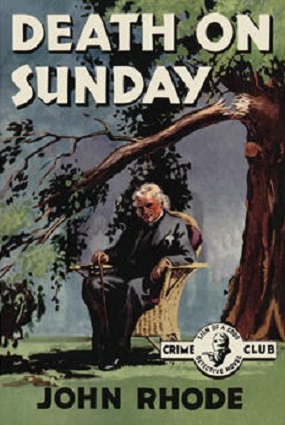 A forger is at work, arranging for rich people to be robbed and then cashing cheques before the victim catches on. Luckily Scotland Yard is on to him or her (vaguely) and after a tip-off about an upcoming burglary, the mysterious Mr Walters moves into Barleyfield House, a high-class guest house near London. After some unsuccessful snooping, a note is left in his room, written apparently in his own handwriting, identifying “Mr Walters” as Inspector Jimmy Waghorn!

Despite being rumbled, the note leads to the suspicion that the forger is staying at Barleyfield House, but soon Jimmy is distracted by an unexpected death. The Reverend Frank Lextable is crushed by a falling branch from an elm tree. Is the death linked to the forgery? Was it murder or an accident? And will Jimmy need the assistance of Dr Priestley to catch the villain?

After going to the start of Priestley’s career, I decided to go to something from the middle of his adventures – case 31 out of 72 – and the last case for Superintendent Hanslet before a brief retirement. But Hanslet is already sitting on the sidelines as Jimmy Waghorn takes centre stage and goes undercover. This is a great move, as in this book at least, Jimmy is a charming, intelligent lead, newly engaged after Death Pays A Dividend [apparently – can’t see a copy of that for love nor money anywhere] and he’s pretty much on the case here. He doesn’t overlook anything major and while he does get the wrong end of the stick when Priestley gives him a nudge in the right direction, I certainly got the feeling that he would have got his man (or woman) if Priestley hadn’t got there first. Note that this isn’t always the case with Waghorn but this is an early appearance for him and he’s being shown as a contrast to the somewhat old-fashioned Hanslet.

There’s a lovely central clue that points in the direction of the killer, but to be honest, the mystery is rather slight. Even when Priestley helps to narrow down the field, catching the killer seems to come down to accusing someone and hoping they confess.

There’s another oddity here. For an early-ish book, there’s hardly any Priestley in it at all, but there is an early appearance in Chapter Two where Hanslet conveniently explains the general shape of the forger’s scheme, explaining that Jimmy has gone undercover. But the first five or so chapters apart from this don’t reveal that Walters is Waghorn until what would have been a surprise reveal when he receives the note – these parts are all written as if it’s supposed to be a surprise. How odd.

Anyway, this is a charming book, although I didn’t realise how many people consider elm trees as being death-traps. After the Reverend is crushed, virtually everyone is acting like it was an everyday occurrence, despite having previously spent every Sunday morning sitting under the same tree without a care in the world. Hindsight is a wonderful thing.

Anyway, not top drawer in the plotting, but certainly a book to wave at anyone who claims Rhode’s books are dull and dry. Rather charming and Highly Recommended. But not cheap, jut £600 for the only Abebooks copy, but there are a couple of US editions (The Elm Tree Murder) for a snip at around £120…

Be back soon as I finish my journey with his final case – The Vanishing Diary. 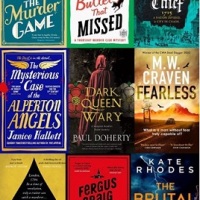