Ah well, it looks like 2019 has drawn to a close. While there’s a lot this year that I’d like to forget – the United Kingdom’s attempt to outdo the USA in the “Most Inappropriate Leader” competition, for example – it’s also been a good year in many ways.

Not least for me was getting Brian Flynn back into print after many, many years in the wilderness. Almost every review that I’ve read seems to agree that he was certainly an author who didn’t deserve to vanish without trace – there’s one exceptionally snotty review that disagrees with me, but you can find that one for yourself – but most of the others are very positive. And on the off-chance you haven’t sampled the wonder that is The Mystery Of The Peacock’s Eye, then pop over to wherever you buy books (it’s very cheap on Kindle) and rectify that. There’s no official announcement yet on whether more will be forthcoming, but I suggest you put October 2020 in your diaries…

The Flynn books weren’t my only contribution to the genre this year – do, if you’ve some spare pennies, check out the Locked Room Murders Supplement by Brian Skupin, the extension to Bob Adey’s Locked Room Murders reference work. I wrote the bit detailing Paul Doherty’s many, many locked rooms. Probably not worth it for those ardent Puzzle Doctor completists out there, but just so you know…

Anyway, onto my usual review of the year. I’m pleased to say the visitors to my site continued to increase, despite some periods when I was concentrating on the Flynn work when the blog slowed down a bit, so many thanks for continuing to drop by.

On to the annual awards…

60 per cent of my reviews this year were Golden Age titles, but do bear in mind I also re-read six Brian Flynn titles in order to help write my introductions. I’ll be honest, it felt like more as I worked towards completing Bev’s Just The Facts, Ma’am Challenge, which I did, thankfully. Thanks to the challenge, I’ve come to appreciate Freeman Wills Crofts and Patrick Quentin a lot more than I did. The most read authors will surprise nobody, with Bush, Rhode/Burton, Carr and my man Flynn clocking in with a total of thirty titles between them. The pick of the books were:

The first four and the two collections are readily available – if you cross your fingers really hard, the British Library might get round to the Lorac, as it’s definitely the best from the author that I’ve read. There are second hand copies of the others out there, with the exception of Death Of Mr Gantley… good luck with that one.

The best of these? Well, modesty makes me overlook Creeping Jenny, so I’ll got for They Can’t Hang Me by James Ronald. Many thanks to JJ at The Invisible Event for bringing that one to my attention.

Do you remember when the blog used to be littered with these? I know a large number of mystery fans turn their backs on this genre but there’s some good stuff out there. Unfortunately, for me, I didn’t find a new author in the genre this year, but luckily L C Tyler, Paul Doherty and Michael Jecks were all on form. By the way, to clarify, I’m counting Historical as pre-1918. Just so you know…

So books to look out for are:

All great reads – I really can’t pick one based on quality, so I’ll pick The Dead Don’t Wait due to it being dedicated to me. What can I say, but it was a massive honour for a great book.

By which I mean modern books written as deliberate whodunits, rather than thrillers with a strong mystery at the heart of them. That includes novels set between the wars, as I believe the author’s intent sets these out more as homages than historicals. You could make a good case for one or two authors – Frances Brody springs to mind – that I’ve got this the wrong way round, but to make life easier, they all fall under this category.

So the best of these were:

I do recommend that you check out Peter Bartram’s books in particular. They really are loads of fun, and this one is a good place to start, so I’ll choose as the best of these The Mother’s Day Mystery.

Remember back in December 2010 what the point of the blog was? It was to hunt down modern crime fiction that contained a “proper” mystery. While it’s adjusted over the years to track down historical mysteries and Golden Age authors who had gone under the radar, but that was the original plan. More on this in 2020, but in the meantime, these are the best modern crime novels from my 2019 reading.

It has to be Black Summer by M W Craven – The Puppet Show won the Golden Dagger this year, one of the rare times that I’ve agreed with them, but I think Black Summer surpasses it.

Book Of The Year

What else? I’m not including this to show off, far from it, but I’m immensely proud of this achievement. It’s a great, great mystery novel and finally people get a chance to (mostly) agree with me. 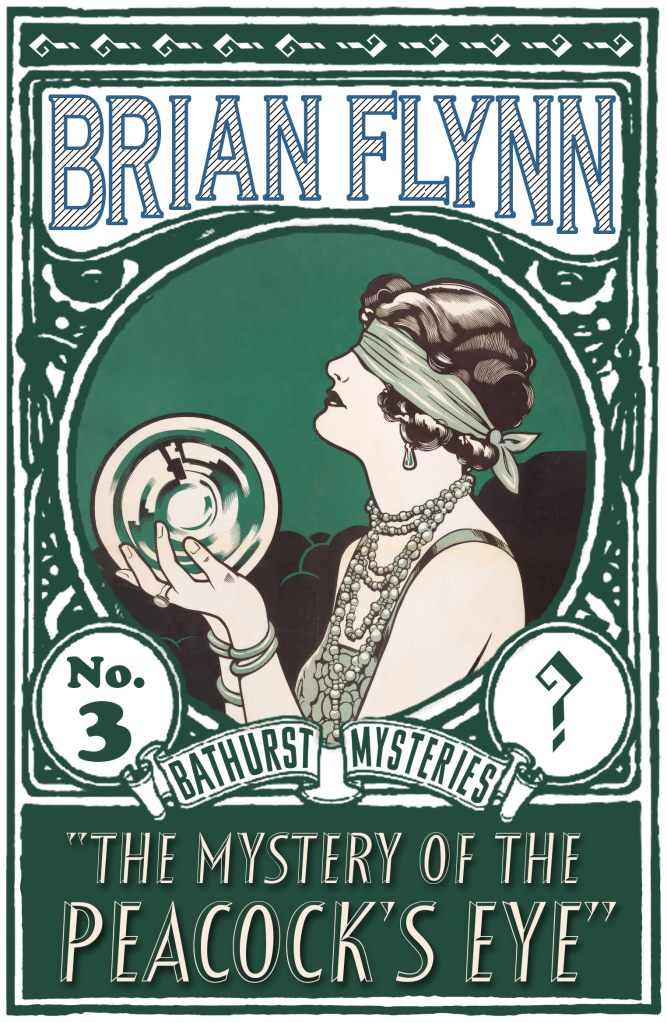 In conclusion, loads of great reads – be back tomorrow for my plans for next year…