Down Among The Dead Men (2015) by Peter Lovesey 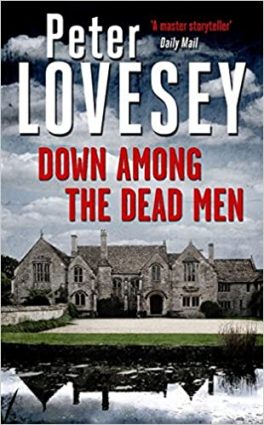 2007: Danny Stapleton had it all worked out – he’d bought all of the gadgets necessary to override the security on the latest BMW model, he managed to steal one without anyone spotting him, he was driving to get the plates changed… and the police pulled him over. And when a dead body was found in the boot – well, he went to prison for life.

I just can’t seem to be able to read the Peter Diamond books in order – my last read, Another One Goes Tonight was the book that follows this one – and it continues to be a kind of frustrating series for me. It’s never less than entertaining – Lovesey is an excellent writer, with a very entertaining grumpy-old-cop character to play with in Diamond, both with his internal thoughts and his sparring with friends and foes alike. His determination to experiment with the style of plot is also admirable, seemingly determined to never tell the same tale twice.

However, there’s just a bit too much going on here, with no aspect of the plot getting quite enough time, apart from the shenanigans at the girls’ school, which, to be honest, I could have done with a bit less of. While it all comes together at the end, with everything turning out to be somewhat inter-related, there’s a lot of plot crammed into the final few chapters that could have been spread out a bit and at least one of the murders seemed a bit unnecessary apart from to provide a clue to past crimes.

Definitely not the book in the series to start with – I’d recommend the excellent Upon A Dark Night or Bloodhounds – but fans of the series and the characters will enjoy it for the quality of the writing alone. But I’m looking forward to a more traditional mystery next time.

Leave a Reply to Ken B Cancel reply 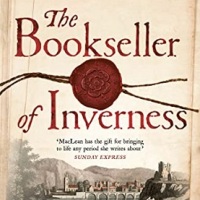