The Secret Of Superintendent Manning (1948) by Belton Cobb

Superintendent Manning trusted his team implicitly – well, most of them anyway. But he finds himself with a secret that he cannot share with them.

William Coxon, an unpleasant individual with a penchant for preying on young women’s affections, has been found dead, drowned in a pond in Charity Wood. It seems that he had been in a fight, and the assumption is that the person who knocked him down was the person who drowned him. Manning knows that this isn’t the case but cannot tell anyone – for the person who punched Coxon in the face was Manning himself.

Sworn to secrecy by his wife to protect his daughter’s honour, but torn by is sense of duty, he finds himself both helping and hindering the investigation in an attempt to find the murderer without incriminating himself.

Cataloguing the series of Belton Cobb’s books is a bit of a nightmare as a lot of them spiral around his main detective, Cheviot Burmann. While Burmann doesn’t appear in all of the stories, he crops up eventually in the adventures of Noel Ross and Cobb’s later sleuths, Brian and Kitty Armitage. However in the years following the Second World War, Cobb started a series that stood apart from Burmann, the Superintendent Manning series.

There are six books in total, all of which were published without a break  between them from 1947 to 1950. They were:

I need to read more of these before being able to give an idea of the difference between this series and Burmann. It is possible that Manning undergoes an evolution in the books – but apart from having a child to protect, there doesn’t seem to be a great deal of difference here. Possibly there is more involvement with his team that Burmann does in the earlier tales – the first Manning title has his Sergeant, Hebden, as the lead. I’ll let you know when I’ve read more, which might take a while as The Framing Of Carol Woan, No Last Words and No Charge For Poison are proving elusive to track down affordably…

The situation that Manning finds himself in does liven this one up a bit, but it never really takes hold as putting him or his career in peril. It’s more of an excuse for him to investigate in person a bit more than he normally would. There’s a nice (if unsurprising) reveal as to the real reason why his wife actually makes him keep his secret, and there is something important at the end of the tale that comes from it.

The mystery itself is perfectly fine, but never catches the imagination. The victim was an unpleasant predator who upset many fathers (and other people for other reasons) and one of them probably killed him. Then it becomes a tale of “pin the tail on the murderer”. The denouement reveals there are clues that indicate who the killer is, but they are all dialogue based “ah, you said you didn’t know this person but later hinted that you did” kind of thing. As the suspects are. to a man, very similar, it’s very hard to care much about who did it. One feels Cobb missed a trick by failing to include the mothers and daughters who the victim had wronged in the suspect list…

Anyway, very readable, but the mystery overall struggles to hold my attention. 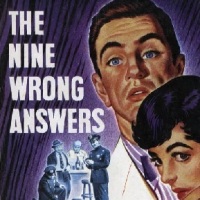 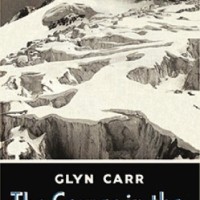