Death In The Thirteenth Dose (1946) by Belton Cobb

Detective-Inspector Cheviot Burmann and Sergeant Ross have been summoned to Avonbridge to the Albion Pictures Unit, a company that produces high-quality images of British landmarks for reasons that are never made clear. The company works and lives together in a small enclave – and the eighty-four-year-old mother of one of the men running the company has dropped dead from cyanide poisoning.

With Ross never being quite convinced of Burmann’s abilities, he becomes concerned when Burmann latches onto one suspect early on, twisting his theories to accommodate his suspicions. But is Burmann barking up the wrong tree?

Yes, it’s another Belton Cobb review, a book that you won’t have read, and probably after this review, probably won’t want to. It’s a shame as the previous two outings for Sergeant Ross were entertaining reads – Sergeant Ross In Disguise was nuts but fun and Double Detection, the first meeting of Ross and Burmann, was my introduction to Cobb and must have been good, given how many of his books I’ve bought…

Cobb has his strengths and his weaknesses. Most of his books are about poisonings, and after a while, there are only so many times someone can spike someone’s medicine and still make it interesting. Double Detection worked really well as it had, as the title implies, two detectives and each section alternated the point of view from Ross to Burmann and back again, contrasting the sleuths. A similar trick works well in the later books with Burmann and his would-be wife, from The Willing Witness to Corpse In Casablanca.

Here, however, the entire book is narrated by Ross and while there is the occasional barb, for the most part he is narrating what Burmann is up to. There’s a brief section later on where he does a bit of independent sleuthing, but there’s no real change in the tone. And with a plot as uninteresting as this one, it needed a hook to make it even remotely work.

One of Cobb’s other weaknesses is that at times, while he will present, say, eight suspects, only three or four of them will ever by viable and he rarely pulls a surprise with the least likely suspect. This means that at times the finale comes across as lacking surprise. Sometimes it works – Fatal Dose, for example – but here, when there isn’t an awful lot else going for the book, it’s just another strike against it.

All in all – this one is a disappointment. It’s Cobb by the numbers. Perhaps the lack of anything new to say with regards Burmann is the reason that this is his final appearance before Cobb puts him to one side before switching to the Superintendent Manning series for six books – it would be six years before he abandoned Manning to return to Burmann in No Mercy For Margaret, a book that I don’t own. I do have the next title after that, Next Door To Death, so that’ll be the next Cobb that I take a look to see if the break revitalised the series. In the meantime, this is not the book that will convince anyone to give Cobb a go. It’s just… dull. 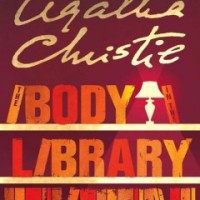