A Night Of Errors by Michael Innes 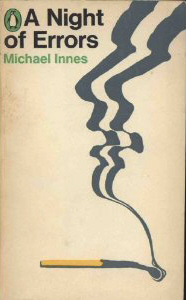 The Dromio family has been a driving force in England since they arrived in 1592. This is, apparently, due to the fact that the first-born sons of every generation were twins, which led to healthy competition between them and helped them climb the greasy pole in an attempt to get to the top before the other one. The downfall of the family began when the predilection for having twins changed for some reason to having triplets. And the competition between triplets is much less healthy. So several years ago, Sir Romeo Dromio, who was already a bit on the bonkers side (not least due to having to put up with that name), set fire to the nursery where his three sons resided and chose to rescue just the one of them, Oliver.

Jump to the present day, where the household is awaiting the return of Oliver from the USA. But the first sign of Oliver is the discovery of his dead body lying head-first in the fireplace gently sizzling away. What follows, once ex-Inspector Appelby arrives on the scene is what can only be described as a Night of Errors – with the death count rising, can Appelby divulge the truth of the matter before things really get out of hand?

I had a bit of a wobble trying to find something on my shelves for Crimes Of The Century this month. 1947 seems to be a year when all of the major crime writers decided to take a mini-break together and not write anything, but a trawl on the internet revealed that, by dumb luck, one of the Innes books that I bought cheaply a while ago was his 1947 opus. So, what did I think of it?

I’ve only come up against Innes once before, with Appleby’s Answer, an odd book, to say the least. I’ve a couple more on the shelf, including the much-lauded Hamlet, Revenge, but still haven’t got round to them. That’s the fun of Crimes Of The Century, pushing me into reading books that might otherwise have lingered forever on the TBR pile.

Was this one worth it? I’m not really sure, to be honest. The plot is rather bonkers – it’s pretty convoluted but some of the distractions are ridiculous, especially one event that ends up having nothing to do at all with the main story – or even to do with any subplot. It got me thinking about a cunning gambit that Innes might have been playing so to find out that it was utterly irrelevant was very disappointing. And even with the convoluted plot (with a lot of the action happening off-stage), the ending did raise something of a “was that it?” response. Add in the fact that virtually every character is reluctant to give a straight answer about anything, coupled with Innes’ clear love of language erupting onto every page, and it made a two hundred page book take nearly a week to read – not exactly a page turner.

Fans of the country house murder might enjoy this one though. There’s a nice collection of batty relatives and common folk living downstairs and by setting the events of the book over one night, Innes is trying something a little different that the standard (although the time pressure never really comes to the fore).

Was it just me? Possibly – I’ve been very busy over the last week or so, so I probably wasn’t giving it my full attention. But I think that next time I read something by Innes, I’d better go for Hamlet, Revenge – if I hit another iffy one like this, then I might not be back. So this one is cautiously Worth A Look, but you’ve been warned… 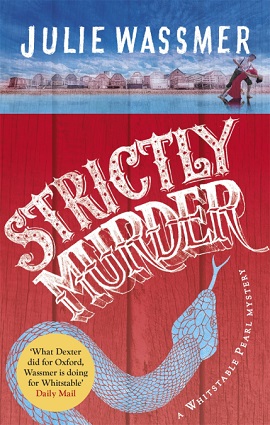 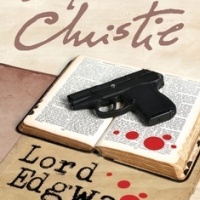