The Sinking Admiral by The Detection Club 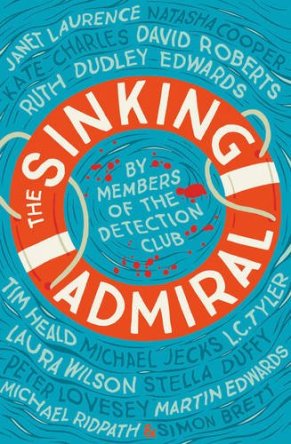 Welcome to the village of Crabwell, situated on the Suffolk coast, home of The Admiral Byng, a public house that isn’t doing too well. The landlord, Geoffrey Horatio Fitzsimmons, also known as the Admiral, is having some sort of “Last Hurrah” – it seems to be a plan to get the pub back on its feet, but readers of mystery novels know full well that windfalls of cash are never that straightforward.

A television documentary crew for a scandal-mongering reality show is filming in the pub, but they’re about to get the scoop of the century. The day before the Admiral can reveal his plans, he is found dead in his boat (also called the Admiral). It’s up to Amy Walpole, the bar manager and Ben Milne, the documentary maker to get to the bottom of things. But they’ve going to need the help of fourteen crime writers to catch this killer.

This review comes hot on the heels of my review of the original Detection Club collaboration, The Floating Admiral. Written in 1931, fourteen members of the Detection Club wrote a round-robin whodunit. Now, eighty five years later, fourteen current members of the club, under the leadership of Simon Brett, have repeated the feat.

There are differences, out of necessity. In the Golden Age, there were more similarities than differences between writing styles, so the idea of passing the manuscript along basically worked. This time, there needed to be a bit more of a collaboration, with the writers making a point of writing a “traditional” style detective novel. So there was a bit more collaboration between the writers, and what has resulted is actually more consistent in tone than the original tale. There are some grating changes in style in that one – the Knox chapter, for example – but here, the only major change of style is when a couple of authors crank up the humour a bit more than the others.

The other main difference is that part of the game this time is working out who wrote what, because it deliberately isn’t indicated in the text. Well, that would work if you have read all fourteen authors. I’ve read a grand total of five of them – Messrs Edward, Brett, Lovesey, Jecks and Tyler – and Simon spoiled what the first three wrote at the Bodies From The Library conference. Actually, he spoiled the identity of Len Tyler’s chapter as well, but I’d forgotten that bit when I was reading the book. But if you’ve read Len’s work, I think you’re going to spot which chapter he wrote. It’s the one that caused my wife to give me some very concerned looks as I was spluttering with laughter at one of the funniest things I’ve read for ages. It’s a niche joke – some people just won’t understand it – but it worked for me. Oh, and once he used a certain word, Michael Jecks’ chapter was pretty obvious too.

Oh, the book? It’s a lot of fun, a loving tribute to the Golden Age mystery. It’s a delightful read that bounces along from suspect to suspect – and the suspects have something in common that I won’t mention because it took me far too long to notice it, idiot that I am – and, while it’s a shame that one quite major subplot turns out to be a red herring that is just cast aside, it’s a very satisfying tale, that, in my book, beats The Floating Admiral hands down. The solution to that one got awfully complex after a while, whereas this one turns out to be much more straightforward. Points off for needing there to be a witness to the murder – it makes it much easier to write the detective bits if they don’t actually work it out – but as that’s the only real flaw, I can turn a blind eye to it.

So, all in all, I loved this – a gorgeous throwback to the traditional mystery with enough modernisms to bring it up to date, and possibly my favourite policemen in a mystery novel ever. Congratulations to all involved, this is Highly Recommended. 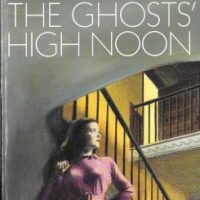