Death At Breakfast by John Rhode

Meet Victor Harleston, a miserly fellow, who seems to be in line for a bit of a windfall. Not that he’ll let his half-sister Jane see any of his money, as he basically treats her like a slave rather than a housekeeper. But one morning, she finds him dying on the floor – he has apparently been poisoned. She quickly summons Doctor Mortimer Oldland, who arrives promptly but too late to do anything to save Harleston. It seems he has been poisoned with nicotine – a lethal dosage is found in his teapot and the dregs of his teacup. Yet during the autopsy, no poison is found in his stomach – so how was the poison administered? And, given the lack of other dead bodies in the vicinity, who drank the cup of tea?

Luckily, Dr Oldland is one of Dr Lancelot Priestley’s regular dining companions, along with investigating offices Superintendent No-Name Hanslet and Jimmy Waghorn, but they can’t see beyond the open and shut case. Jane and her brother Philip were the only ones with motive and the only ones with opportunity. So why does Dr Priestley think differently?

An odd one this, falling back into the Rhode plot structure that I’ve mentioned before at first. It starts off with questions about what happened and how Victor was poisoned. Once that is established, then we move on to motive and suspects, with a big diversion as a second crime, seemingly unrelated apart from the people involved, occurs. Things get a little obvious too far before the end of the book, and it suffers by unconvincing explanations of some of the killer’s more over-the-top touches. Come to think of it, it’s rather amazing that the killer gets away with it as long as they do, as their plan really is stupidly over the top and risk-filled.

It’s a fun read, though, dragging a little in the middle third, but it’s nice to see some continuity, with Waghorn mentioning that he’s not going to make the same mistakes that he made in a recent case – I’m guessing in the preceding Mystery At Olympia – something that is not often seen in Golden Age supporting characters. The police really are a bit dim at times here, although, to be fair, their insistence on some characters’ guilt actually does make sense.

So, not top rate Rhode, but a decent read all the same. Don’t break the bank for it, but pick it up for a few pennies if you see it. Well worth a look.

And what a great Crime Club cover. Shame that scene doesn’t actually happen – at least it’s not a spoiler though. 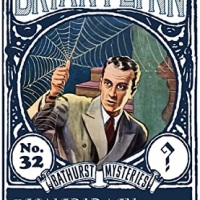 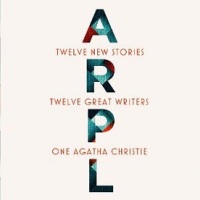