The Invisible Murder by Joyce Cato

Jenny Starling, a travelling cook who just happens to have solved a murder or three in the past, has come to work for Lord and Lady Avonsleigh at their castle. A diet of very British food is the ideal thing for the household and exactly what Jenny specialises in. There is a little tension amongst the staff at the household, but nothing that should lead to anything untoward. Apart from a murder, obviously…

When the Avonsleigh’s daughter’s governess is found stabbed to death on the conservatory floor – stabbed by an ornate dagger that has been conspicuously looking like a potential murder weapon up to that point – Jenny finds herself dragged into another murder investigation. But she is faced with an impossible poser – how could the victim have been killed in the conservatory when it was in plain sight throughout the potential time for the murder – and nobody saw a thing…

Authors beware! Sometimes when you tweet at me, I decide to take a look at your books. Yes, I know how big my TBR pile is, but I have the attention span of one of my cats sometimes. What’s a bit odd is that I asked Joyce which book I should try, I went out and bought this ebook while waiting for a reply. And then, spooky-wooky, she recommended this book anyway.

You can see why I picked this one – the title basically screams “impossible crime” – so regular readers wouldn’t have been surprised. But it also has “cosy” written all over it. And longer term regular readers won’t be surprised at that either, although it’s been a while. In my time, I’ve sampled Cheese Shop Murders, Book Shop Murders and even a Haunted Yarn Shop Murder – Last Wool And Testament. And you know what, I really enjoyed them. Oh, they generally weren’t fair-play mysteries and one of the sleuths had a ghost for a sidekick (guess which one) but they were written with a light tone and were a bit of light relief. And that’s what I thought I’d be getting here.

And for the most part, I was right. The sleuth, Jenny, is a little too perfect at times – she is described as Juno-esque twice very early on – and there are a couple of clunky turns of phrase. For example, on at least one occasion, we are told that Jenny has guessed something accurately, rather than it be revealed as true. And the less said about the seemingly teleporting tortoise the better.

But, this is also the thing that those other books weren’t – a proper fair-play mystery. You know, with clues and everything. The impossible crime is fairly clued and, to be honest, not something that I’ve seen before, and the murderer, their motives and their methods are all clued fairly and clearly. And while I did guess the murderer using my amazing powers of having read too many mysteries before, I didn’t get most of the rest of it.

It’s set in sort of a timeless age – apart from a few mentions of modern technology, one could close one’s eyes and assume this is set in the Golden Age. There’s a deliberate choice for a murder in a stately home to be investigated by a couple of policemen (who aren’t depicted as idiots, by the way) and to turn a blind eye to a lot of forensics that would really be employed in this sort of case. But I can live with that – I’ll probably do the same thing in my novel if it ever gets past page one (actually, page 0.5 at the moment).

So, overall, while there are some niggles, mostly tortoise related, this was a genuine surprise, especially in terms of plot structure. It’s much cheaper in ebook than in paperback, cheaper than most Sunday newspapers in fact, and much more rewarding. Don’t be put off by the cosy-esque “Travelling Cook Mystery” label – This is Well Worth A Look. 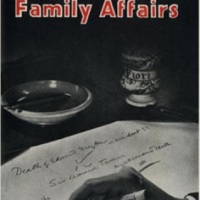