The Case Of The Counterfeit Colonel (1952) by Christopher Bush 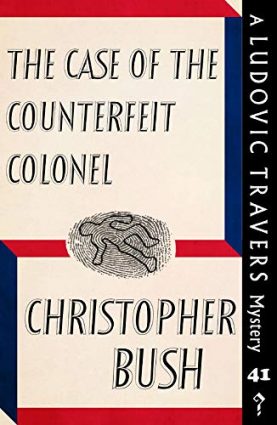 Henry Clandon was almost a casualty of the war. Wounded in Sicily, he was rescued from the battlefield and taken to hospital. He only met his rescuer once – he gave his name as David Seeway, and, apart from a seemingly random reference to someone called Archie Dibben, he left, never to be seen by Henry again.

Eight years later, and Henry visits the Broad Street Detective Agency and Ludovic Travers. He is determined to reward Seeway, but can find no trace of him. Travers quickly finds that the task is not a simple one either, but when one lead takes him to the home containing a dead body, it seems that he has to find a murderer as well as a missing person – unless, of course, they are the same person.

First published in 1952, this is the forty-first Ludovic Travers mystery written by Christopher Bush and the first of the fifth group of titles to be republished by Dean Street Press, due out on May 4th this year as an ebook or in paperback, all with introductions by Curtis Evans.

Bush is an entertaining writer – for someone who concentrates on alibi-breaking for the structure of his tales, one might expect dull plotting, but I don’t find that to be the case at all. Travers’ narration lifts the tale and there is much more to the plot that just breaking an alibi.

To be honest with this one, while it is a whodunit, the story of David Seeway and Archie Dibben is the centre of the tale. It caught me out – not sure why as I feel I should have put it together – but it makes a good central hook to structure the rest of the story around. The alibi trickery is simple but effective – no railway timetables here – but it’s no surprise that it doesn’t fool Travers for long.

I’ll be honest, the first time I encountered Bush, in The Case Of The Tudor Queen, his only Green Penguin, I wasn’t that impressed by him, but now, having read a lot more of his work, my admiration grows and grows. By far my favourite set of Dean Street Press reprints (apart from the obvious), you’ve got forty to choose from while you wait until the fourth of May… 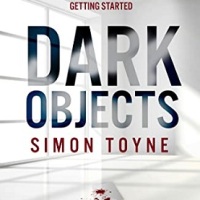