The Endeavour, a ship with 2000 passengers, is four days out from New York. Thus far, the trip has been uneventful, but when an elderly passenger is found dead at the bottom of a staircase, things are about to change.

James Temple, a Scotland Yard Inspector, insists that this is more than just an accident and ship’s officer Timothy Birch is assigned to accompany Temple’s investigations. Temple is far from happy with this arrangement, and Birch is distracted by his own concerns and what is waiting for him in New York.

It soon becomes apparent that the death is related to the disappearance of a priceless painting. But with 2000 suspects and a ticking clock, will the killer ever be found?

“Agatha Christie meets Titanic” reads the Amazon blurb. Well, it’s on a boat crossing the Atlantic, so I suppose that is sort of Titanic. But I’m sure that you’re more concerned, dear reader, about the Agatha Christie bit. Well, it’s a whodunit, but…

There are similarities to Christie, to be sure, and pretty positive ones to be honest. There’s a reasonably small closed-circle of suspects, and there is a decent rationale about how the killer is found. On the other hand, the suspects aren’t a particularly interesting bunch. I found myself checking back a few times to remind myself which couple was which. There’s also a hook missing from the mystery – you know, why there was a mysterious webbed footprint next to the body, why there was bacon rind in the victim’s belly button… yes, those are both Brian Flynn, obviously. Don’t get me wrong, this is a good mystery, but it’s not the strength of the mystery.

No, the hook here is the detectives’ back stories, again deviating from the Christie comparison. Both of the lead characters have secrets behind why they are on the Endeavour, and it is these that form a strong second strand to the tale, a strand that definitely elevates this above a lot of the competition. I was never quite convinced why Birch was so convinced that his answers lay in New York, but putting that to one side, there is a lot of good things going on, things that take on a different perspective.

All in all, this definitely goes on the list with Death And The Conjuror for stories that are set in the Golden Age that are genuine attempts to match the format of the classics while still making their own mark on the genre. It’s not perfect – it’s much longer than a traditional mystery for example – but definitely worth your time. A very satisfying read. 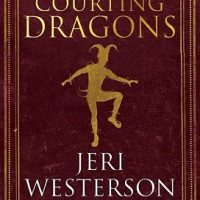