The House In Goblin Wood (1947) by Carter Dickson 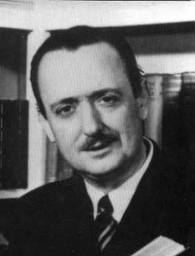 Just a quick review – I’ve written a fair bit on John Dickson Carr recently, so I thought I’d bring to light a classic of his that may have been overlooked – The House In Goblin Wood, his only short story to feature Sir Henry Merrivale. It’s alternatively credited to John Dickson Carr or Carter Dickson, his pseudonym, but I’ve chosen the latter as I believe that is the credit on its earliest appearances in The Strand and Ellery Queen’s Mystery Magazine in 1947.

Twenty years prior to the events of the story, a young girl, Vicky Adams vanished from her room in an isolated house, despite the doors being locked and bolted from the inside. When she re-appeared a week later, she said that she had been living with faeries. Sir Henry Merrivale, Vicky and two friends of hers travel to the house again and sure enough, as she promised, she disappears again. It looks like she is playing her old tricks again, but could something even more sinister be happening this time?

In some ways, I think this story is Carr’s masterpiece. In eighteen pages, he squeezes in several rounded characters, two locked room disappearances and a killer of a final line. There’s more going on in this short story that in a lot of full-length crime novels. I’d strongly suggest you try and dig up a copy of this gem – my copy is in the John Dickson Carr collection The Third Bullet, but there’s a cheaper alternative, namely the Oxford University Press’s Twelve American Detective Stories, edited by Edward D Hoch, which has some other classics as well.

There’s one other Merrivale treat out there, the novella All In A Maze. I’ll get round to giving that a review soon as well.