1931, and Miss Hildegarde Withers is taking her troupe of school-children on a trip to the New York Aquarium. Not a completely uneventful trip, however, as first Miss Withers apprehends a pickpocket and then, as her charges search for her missing hatpin, a body is found floating in the penguin pool. And it’s no accident.

Enter Inspector Piper – and this begins the first case in Hildegarde Withers career as an amateur sleuth, spanning nearly twenty books and nearly forty years. But it’s a career that I’d only vaguely heard of, and thanks to MysteriousPress.com and Open Road Media, most of it is now readily available. But are you going to want to invest in it?

Hildegarde Withers had quite a career. Apart from the books, there was seven films over the years plus, apparently, a sit-com pilot! But I’ll admit, until I saw a review a year or so ago, I’d never heard of her. So what do we have here?

Character, first of all. Hildegarde herself is rather charming. I was surprised that she was less of a stereotype teacher than I expected, showing her human side at times and investigating primarily out of curiosity, but also a sense of finding the truth. Piper is also realer than one might expect, in particular not assuming the obvious solution when there is evidence that points in a different direction – a rarity in crime fiction. In a lot of ways, Hildegarde and Piper are a pair of investigators, rather than him being her support.

The mystery is reasonable to good. There are some very interesting ideas going on which appear mostly in the second half of the book – so do keep reading. The second murder, in particular, is the cleverest part of the plot – although it does appear quite late in the narrative. What the book does suffer from is a distinct lack of suspects. I’m pretty sure most readers will spot the villain – who slips up with what is possibly the oldest trick in the book – but there are some good attempts at misdirection.

So, overall a good debut, and I’m informed that this is one of Hildegarde’s weaker outings, so I’ll be back for more at some point.

For a more detailed review, which admittedly gives away more of the plot than I would, do check out this post from Margot Kinberg. 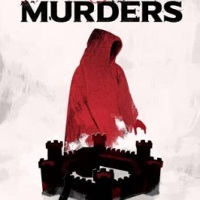